My second hunt in Africa was my first hunt with Clive Hallamore. I have known Clive through my husband for several years and have enjoyed his company and knowledge of hunting. Once we arrived in camp it was very apparent Clive and his team are very organized and capable of satisfying the multitudes of expectations that we had as a family of four on what would become a fantastic hunt in Zimbabwe.

This was my first hunt for a Cape Buffalo and I must admit I was a little intimidated even with african hunting experience as this can be a very dangerous hunt. Clive was able to feel my excitement and allow me to track the herd for several hours to see and feel the behaviors of the buffalo and to gain a little calmness. This was fabulous. The next herd we tracked there was an old dagga boy we had an eye on. Clive put me in a great position and I was able to get one shot off and it felt great! Within 150 yards we found the buffalo down, a one shot kill! That was my goal for this trip and it did nothing but get better as the hunt continued!! At dinner the evening of the buffalo, we were planning the return trip and location of our next hunt with Hallamore Hunts.

Clive and his staff understand details and niceties both in and out of camp for a great hunt and experience! 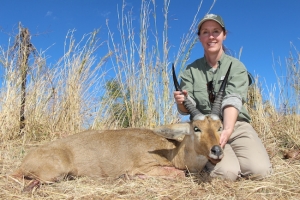 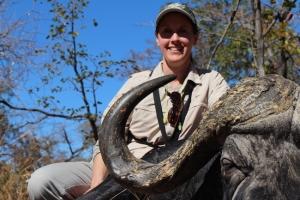